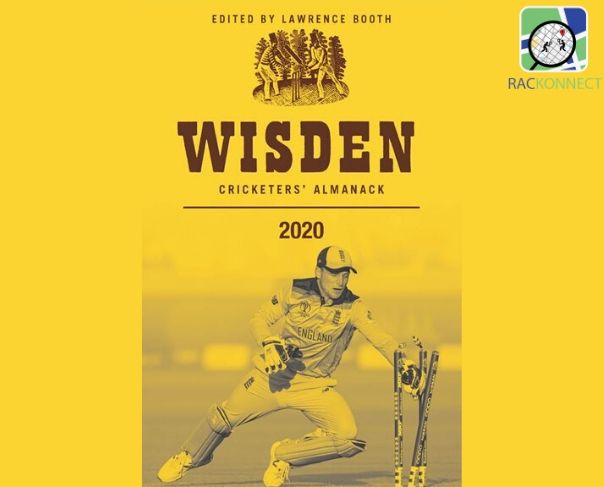 The 2020 Wisden Cricketer’s Almanack was published earlier this week, picking England all-rounder Ben Stokes as the Cricketer of the Year. The 28-year-old had a remarkable year, winning the World Cup with a key performance in the final. Stokes also produced one of the greatest Test innings in the history of cricket that saw England beat Australia at Headingley during the Ashes.

The English allrounder succeeds Indian captain Virat Kohli, who was picked for three consecutive years. Stokes is the first English to be considered the best contemporary in the world after Andrew Flintoff in 2005.

Missing out from the list is Indian vice-captain Rohit Sharma, who had an unforgettable World Cup 2019. Rohit hit five centuries and a fifty to collect 648 runs, with a herculean average of 81. During the course of that purple patch, he became the first batsman in the World Cup to score five centuries in a single edition of the quadrennial event.

Sharma fell 25 runs short of Sachin Tendulkar’s record of 673 runs, a record the Tendulkar made during the 2003 World Cup. Rohit was arguably the best batsman during the World Cup and was a key reason for India’s journey to the semi-finals.

The Indian opener aggregated a whopping 2442 runs from 47 international innings at an average of just over 53 and a strike rate of 91.28 in the previous calendar year. Only one man –Virat Kohli – scored more runs than Rohit in 2019. Given his strong performances at the World Cup, Sharma deserved a look in. Former Indian Test specialist VVS Laxman feels the same.

“I think anyone who follows the game of cricket will be surprised and shocked not to see Rohit Sharma’s name in those five players list. Yes, The Ashes is an important series, but the World Cup is bigger than Ashes. And someone who has scored five hundreds… remember the first hundred was on a tough wicket in Southampton against South Africa and none of the other batsmen got runs,” said Laxman, to Cricket Connected.

Sharma deserved to be a part of that Top 5 cricketers’ list of Wisden. Let us know your opinion in the comments section.