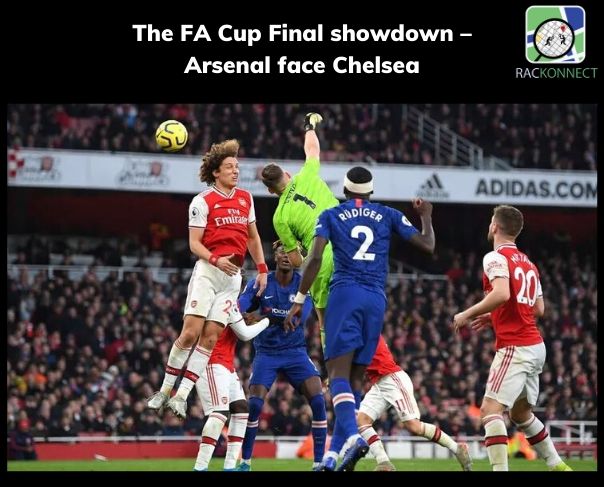 The most successful team in the FA Cup, Arsenal, face a Chelsea test in the final of the FA Cup to be held on August 1. The showdown, like the semis, will be played at an empty yet iconic Wembley Stadium. Arsenal defeated Manchester City 2-0 with a tactical display that gave Mikel Arteta a lot of praise, and Chelsea ran to the final due to a hat-trick of howlers from Manchester United, defeating the Devils 3-1.

In the first semi-final, a tactically-rigid Arsenal outplayed a Manchester City side that missed a number of good chances. For Arsenal, captain and striker Pierre Emerick Aubameyang struck twice with two composed finishes, helping Arteta reach a major final in his first season as manager at the Emirates.

Raheem Sterling came close twice, but the evening was down to the brilliance of Aubameyang at one end and Emiliano Martinez under the bar for Arsenal. The Argentine made a series of stunning saves to win the game for Arsenal. Rob Holding, too, played a brilliant game, keeping an in-form Sadio Mane in check after a few initial hiccups. This duel set the tone for the match in favour of Arsenal.

The second semi-final, played between perennial rivals Chelsea and Man United, was full of headlines. Sergio Romero, United’s preferred goalkeeper for Cup ties and Europa Leagues, was given a backseat as David De Gea started the game. Several first team players from both teams were part of the starting XI.

Chelsea drew first blood deep into added time of first half, with Olivier Giroud turning in a low cross from Cesar Azpilicueta. The Spanish goalkeeper got a hand to it, but could not stop it from feebly crossing the line.

The next goal was even worse as per De Gea’s standards. Youngster Mason Mount made a wavy run and unleashed a drive from outside the box, but it did not have the sting to upset any top-flight goalkeeper, and certainly not someone of the caliber of Man United’s No. 1. Poor handling saw De Gea direct it into the corner of his own net.

Man United players were second best on the pitch and lacked basic sharpness. The game also witnessed several head collisions, with United captain Harry Maguire wearing a strap for a while and Eric Bailly was taken off by the medical team due to a bloody injury in what looks like a long layoff yet again.

Chelsea set up their final date with Arsenal on the back of a strong performance and Frank Lampard’s boys can be expected to start as favourites in the final. Arteta, however, may have other plans.

The basics you need to know about football.