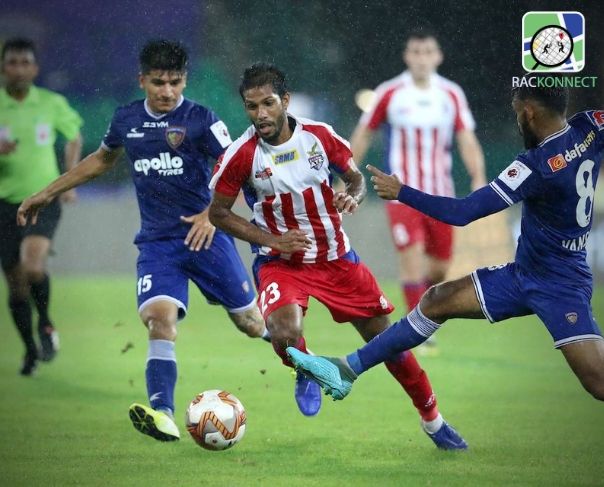 Which team will be the third time lucky? It’s a battle against discipline versus the excitement. ATK take on Chennaiyin FC in the final of the Indian Super League in what is a fitting finale for a league that has been topsy-turvy, exciting and full of some breath-taking, quality football.

Both teams have lifted the trophy twice in the past, with ATK winning it in the inaugural season followed by Chennaiyin in the second. This time, the showdown will take place behind closed as a precautionary measure against the outbreak of coronavirus at the Fatorda Stadium in Goa.

#HeroISL final to be held behind closed doors amidst #CoronavirusPandemic concerns. pic.twitter.com/OLRX4Rs76A

We look at the different aspects of this nail-biting encounter.

Both teams can be expected to play their full-strength sides to ensure the best possible result – the podium.

ATK can be expected to be disciplined, like they have been all season and wait for openings. They remain confident, shown by their second-leg performance in the semifinals against Bengaluru FC that they won 3-1. The midfield shields a resolute back three, spearheaded by the imperious John Johnson.

Michael Regin works as the central shield, and his Spanish midfield partners find wide players Michael Soosairaj and Prabir Das, who create at every chance they get for the most dangerous pair in Indian football at the moment up top, David Williams and Roy Krishna.

Arindam Bhattacharya, at the back, has done a fine job so far as well. He’s been more than handy, and his distribution has been better than average.

The wing-play isn’t the only ploy in ATK’s armour. The club, in Edu Garcia, has a very sensible creator who can play the ball forward vertically. Thus, ATK have all its main bases covered, and it would be difficult to break them down. Antonio Lopez Habas was the man at the helm when they won the first ISL title, and here he is, set to replicate the feat. But will he?

If Chennaiyin FC get to decide, he won’t. In Owen Coyle, they have a manager who took Burnley to the Premier League from Championship and has proven that he knows how to win. He’s not just turn around the team’s results, he has filled the players with belief and they’re brimming with an extra edge.

Chennaiyin play a straight counter-attacking style, but also have capable ball threaders in Schembri and Crivellaro. Valskis scored in the semis as well, continuing his red hot form. At the back, Lucian Goian and Eli Sabia are rock-solid, and Edwin Vanspaul plays the role of their cover.

This team depends more on adventurism up top than a specific style. They can find players out of the blue, and that is exactly what makes them so dangerous. More than the stats, it is the belief that can take them the long way.

Remain glued to your TV screens because this is going to be a once-in-a-lifetime affair. The quality of football, the strategies, the hunger, it’ll all be on display. Even behind close doors, a fierce shot hitting the back of the net ekes out the same feeling. Celebrate football this evening, because it’s going to be worth it!

IS MIKEL ARTETA THE PERFECT REPLACEMENT OF WENGER