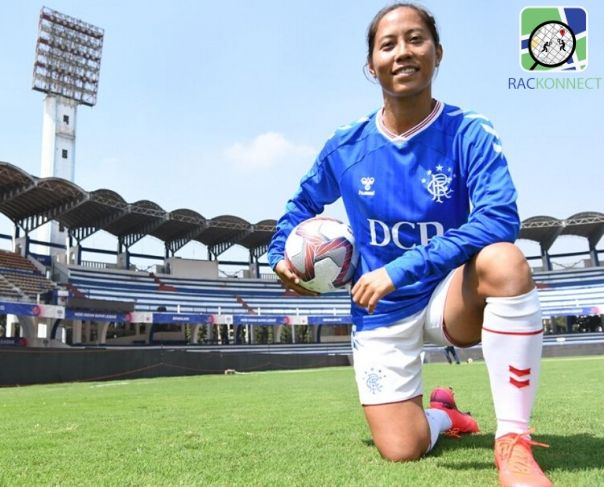 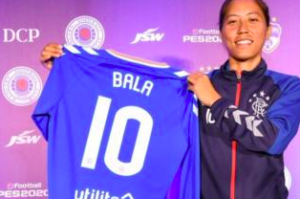 Bala Devi is a well-known name in Indian Women soccer. She scripted history when the Rangers from Scotland Women’s Premier League signed her on an 18-month deal. Thus she became the first Indian woman to play in the top European division. The deal was facilitated due to Ranger’s partnership with Bengaluru F.C. Aditi Chauhan (Goalkeeper) was on the British women’s team, West Ham United for some time. But Bala Devi was playing on a professional contract.

Bala was born in a small village in Bishnupur district of Manipur. Soccer is a part of the culture in this North-eastern state of the nation. Her father, a farmer by trade, used to play the game as a hobby. Her twin sister and her elder brother were her first partners.

Devi grew up playing the game mainly with boys. Slowly and gradually, she started to create buzz. She was part of the Manipur Under-19 team. With the team, she played in the under-19 Women’s Championship 2002 in Assam. Her performance was widely praised. At the end of the tournament, she was declared the best player of the tournament. 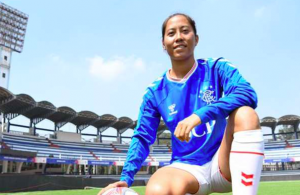 Next year, she repeated the honours. She represented the state’s senior women team in the Women’s Football Championship. Due to her stellar show, Manipur was crowned women’s football champion in 2014. In the summit clash, she scored an all-important goal over Odisha. This was Manipur’s 17th overall championship win. In seven matches, Devi hit the net on 29 occasions.

In the 2015 National Games of India, she played for the Manipur team. The squad ended the campaign with a Gold medal performance. In the finals, she scored a brace for 1-1 draw in regular time. In the penalties, they beat Odisha 4-2 to lift the cup.

She played in the Indian Women’s League for various clubs. These were Manipur police Sports Club, Eastern Sporting Union, and KRYPHSA FC. 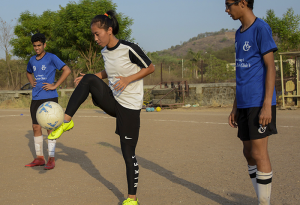 Devi made her national debut at the Under-17 level in 2005. She donned senior national jersey in the same year. In 2006 and 2007, she represented the nation in the under-19 team. In the first Women’s SAFF Championship, she stole the show. India beat Nepal 1-0 in the finals. Bala scored 8 goals in 5 matches. She was at her best in the team’s 18-0 win over Bhutan. Devi netted five goals.

In the 2014 edition of the SAFF championship, she maintained her goal-scoring touch. The Manipuri girl scored 4 goals against the Maldives, one against Bangladesh and five against Afghanistan. She helped India to gain the third straight Cup win. In the semis, she scored one goal over Sri Lanka. She caught the imagination of the nation in the final. Bala scored 4 goals in the clash. Finally, India humiliated Nepal 6-0.

All India Football Federation recognized her services. Manipur Policewoman was awarded the Women’s player of the year award in 2014 and 2015. In the 2016 SAFF Women’s Championship, she annexed the title as a captain.

She is highly inspired by Christiano Ronaldo and Lionel Messi. She expressed optimism with the way women soccer is growing in India. Devi said that the Under-17 Women World Cup will create more positive vibes. She added that rubbing shoulders with higher- ranking teams is necessary to craft the skills.

She is truly an inspiration for upcoming female soccer players. She has already broken a ceiling. May she touch new heights.