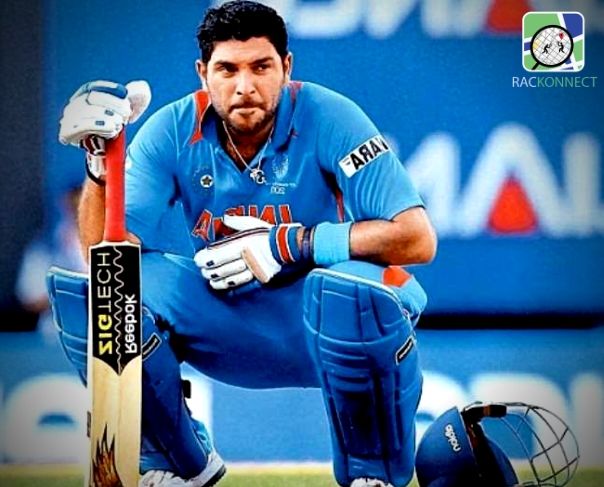 Yuvraj Singh is arguably one of the best white-ball players India has produced. His ability to hit the ball a long way used to instill fear in the minds of the bowlers. One of the best contributions of Yuvraj to Indian cricket came in the 2011 World Cup that India ended up winning as he was awarded the player of the tournament. Throughout the tournament, Yuvraj contributed with both bat and ball, picking up 4 man of the match awards in the World Cup.

One of Yuvraj’s best contributions came in India’s last group game against West Indies on 20th March 2011, exactly nine years ago in Chennai. Yuvraj was batting and the unbearable heat was taking its toll on him. He was also vomiting on the field between overs as the cancer which was unknown at that time was seriously affecting him.

“I first thought it was because of the Chennai heat. I always wanted a World Cup hundred, which never happened because I had batted at 6. I prayed to God that whatever happens, even if I die afterwards, let India win the World Cup,” Yuvraj revealed in a chat show on Aaj Tak in 2014.

Yuvraj battled his way through the pain and scored his maiden World Cup hundred, which would prove to be very crucial in the end as India won the game. This ability of Yuvraj not giving up no matter what is what made him a true fighter and a great ambassador of the game.

Yuvraj scored 113 in 123 balls which included 10 fours and 2 sixes and helped India post a competitive total on the board. He was not done yet as he also played his part with the ball, picking up 2 wickets for 18 runs ion the four overs that he bowled. The sheer willpower of Yuvraj to continue his innings and being ready to risk his life to play for India is the main reason why this innings of his and his contribution to Indian cricket will be always remembered.

Batting talents to look out for in 2020