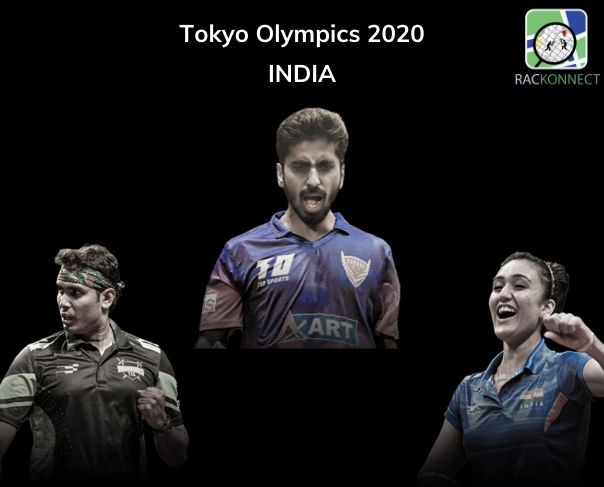 The Tokyo Olympics will comprise a total of 172 table tennis players coming from their respective NOCs.  Each NOC is entitled it enter up to 6 athletes, two male and two female athletes in the singles event, one male and one female pair in doubles event and one pair in mixed doubles. For individual events, between 64 to 70 players qualify and for team events, 16 teams qualify for the Olympics. 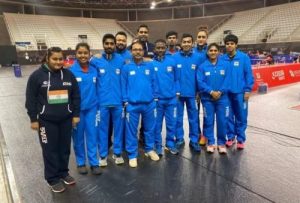 In the Tokyo 2020 World Team Qualification, a quarter-final finish for the Indians would guarantee an Olympic berth. However, the men and women team failed to reach that stage losing to Slovenia and Romania respectively in the pre-quarterfinal stage.  While the women’s team had a tough fight against Romania, the men’s team lost easily in the pre-quarters against Slovenia.

Manika Batra was expected to win against 134 ranked Daniela Monteiro, but went down in the 5th set, much to her team’s disappointment. All the losers in the round of 16 will take part in the knock-out plate event.

However, there is still one more hope for the Indian paddlers, through the Individual Asia Qualification event in Thailand. With just two singles entries allowed from each country, India can hope for a spot in Singles and mixed doubles event in April.

While qualification for the team event would have guaranteed a couple of slots in the singles event in Tokyo, the failure to do so means that Sathiyan Gnanasekaran, Manika Batra and Achanta Sharath Kamal must free up the rest of their calendars and move their focus to the singles event berths that are still up for grabs.

A full-time coach before the event in April will help India’s table tennis contingent, which is under pressure and will want to give everything to qualify for Tokyo 2020. The men’s team is expected to qualify for the team event in Tokyo, thus also enabling Sathiyan and Sharath to compete in the singles event.

Manika would also be expected to qualify for the singles event, and will hopefully be able to team up with either Sathiyan or Sharath in the Mixed Doubles. Qualifying a second women singles player is also well within possibility, though qualifying a full women’s team is a tough ask.

Nethra Kumanan and her Olympic dream