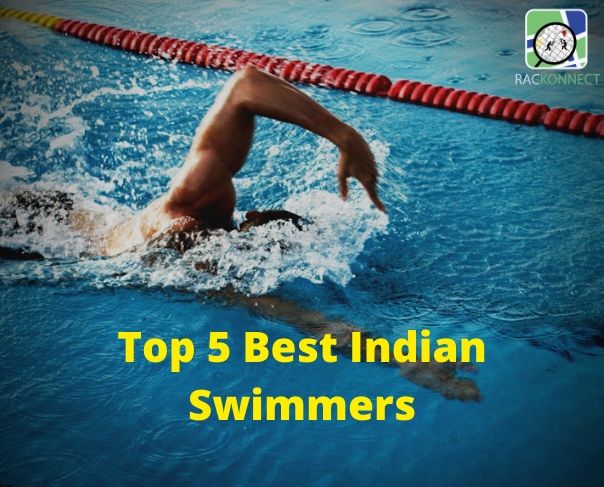 Swimming is generally a recreational activity for Indians. But, there are a few stars who have created history in the field. India has produced many swimmers who excelled at the national and the global level. They have gifted India name and fame. Despite having exceptional skills, no Indian swimmer has ever reached the A-mark Olympic qualifying timing. Hence, we have not even selected for the 2020 Olympics taking place in Tokyo. However, the 18-year-old swimmer Srihari Nataraj, said that it’s his life’s motto to win the Gold medal at the 2024 Olympics. 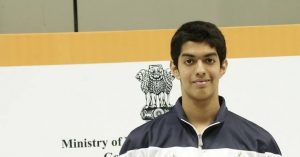 All swimming-related activities of India are governed by the swimming federation of India. It is a non-profitable association that looks after the aquatic sports of India.

Here are India’s greatest swimmers to date who have given the nation its fame in the swimming world. 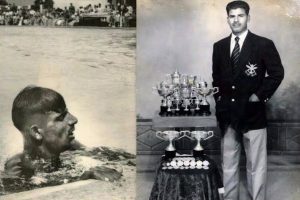 Shamsher Khan is India’s greatest swimmer. Shamsher represented India in the 1956 Summer Olympics where he finished at the fifth position. He was born in 1933 and represented the Indian Army. He also took part in the Indo-China war and Pakistan war in 1962 and 1971. In 1973, he retired from the Indian Army with the Subedar rank. In 1954, Shamsher made a national record in the 200m butterfly swimming race. The following year he broke the existing National record at the national meet in Bangalore.

Khan made a debut in his swimming career in 1949 by participating in a tournament held in Mysore.

Shamsher was introduced to swimming at a very young age while he used to go grazing with his cattle. However, he received formal training when he joined the army in 1946. He died on 15 October 2017, at the age of 92 years due to a heart attack according to his eldest son Babu. 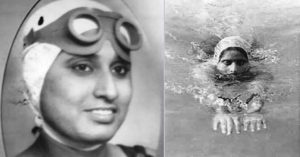 Arati Saha is India’s first sportswoman to be awarded the Padma Shri award, the fourth biggest civilian honor of India. Swimming was introduced to Arati at the age of 4. Her interest in swimming grew when she accompanied her uncle at the ghat. The beginning of her career was marked by a Gold in 10 yards freestyle at the Shailendra Memorial Swimming Competition.

Arati was inspired by Mihir Sen, the ace Indian swimmer to cross the English Channel. Her inspiration grew into a passion and soon in 1959, Saha became the first Asian woman to swim across the English Channel. Along with Dolly Nazir, Arati represented India in the 1952 Olympics. She participated in 200mts free breaststroke and clocked 3 minutes 40.8 seconds at the heat.

After returning to India, Arati lost to her sister Bharti Saha in 100mts freestyle. Following the defeat, Arati only concentrated on breaststroke. She died due to jaundice and encephalitis in a private nursing home on 23rd August 1994. 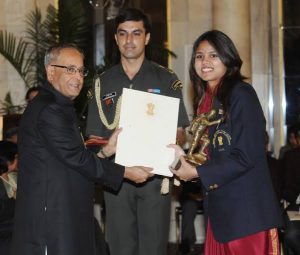 Brought up in Udaipur, Bhakti is an Indian open water swimmer. In 2010, Bhakti was awarded the Tenzing Norgay National Adventure Award due to her excellent journey in swimming. Bhakti has swum in all the five oceans of the world, plus 8 seas and other channels. She became the youngest woman ever to swim across the Antarctic Ocean. By doing this Bhakti broke the record of Lynne Cox from USA and Lewis Pugh of Great Britain.

Bhakti was introduced to swimming at a very early age of 2 and a half years by her mother Leena Sharma who was also her coach. This mother-daughter duo set a record in 2008 for being the first mother-daughter pair to swim across the English Channel.

Also, Bhakti Sharma is a motivational speaker. She has been called on various national and international platforms to speak about her swimming adventures. Her famous topic is “Lessons learned from the seven seas” spoken at IIT Kharagpur. 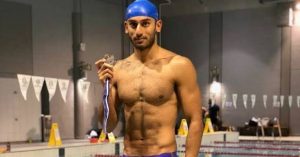 Viradhawal Khade received the Arjuna Award in 2011. He is the well known modern Indian swimmer who came all the way from Kolhapur, Mumbai. In 2008 this young and new swimmer represented India in the Beijing Olympics, for 50m, 100m and 200m freestyle swimming events under the male category. After 24 long years Virdhawal won the first Bronze Medal at the 2010 Asian Games in the 50m butterfly category. Khade is India’s youngest swimmer to qualify for the Olympics. Trained by coach Nihar Ameen in Bangalore, Khade is the breaker of many records. He broke three Games Records at the South Asian Games and another five at the 33rd National Games held in Guwahati.

Virdhawal has signed with Nike and is a supporter of Pratham Books. He also actively participates in events to create awareness in young minds. 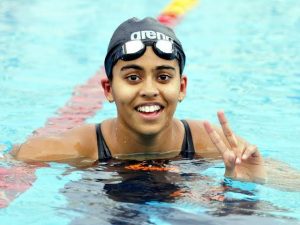 This middle-aged woman hailing all the from Bangalore was born on 20 January 1985. In her entire career, Shikha has won a total of 146 national titles and 36 international medals out of which five are Gold Medals. Tandon is a dual degree holder in the field of Biology and Biotechnology. She is also a member of the USADA’s science team.


Tandon started her career at the age of 12 by competing in two national events and won a bronze medal. At the age of 13, Tandon competed at the Asian Games and then her first World Championship was at the age of 16. In the 28th National aquatic championship, Shikha set a new record in the 200m individual swimming race. She successfully broke the Indian women’s 50m freestyle record by setting a new record of 26.61s in 2003. She won 5 Gold medals in the competition and was titled the best swimmer for the third time in a row.


The year 200 was a glorious year for her. She won seven national awards and became the first Indian ever to win so many awards at the same time. To add to her victory, she was honoured with the Arjuna Award in the same year. Moreover, she became the first female Indian to win an international medal (Bronze) in the short- course event at the Asian age- group swimming Championship, held in Bangkok.

Why is swimming a great way to recover?