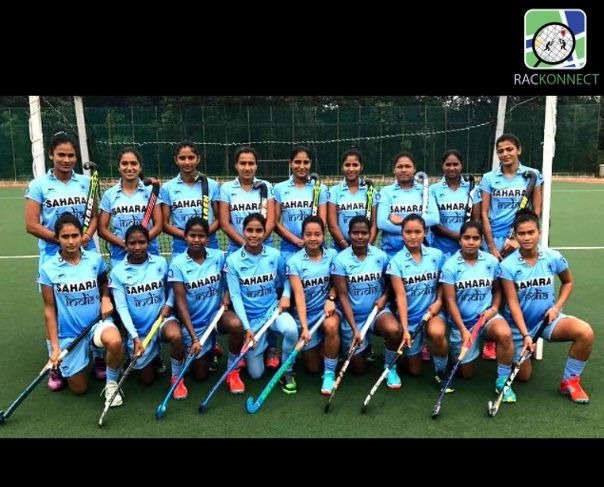 Hockey has remained men fiefdom for most of the previous century. Women have to struggle hard to carve a niche for themselves.

The first Hockey World cup held in France in 1974. Women’s hockey was introduced at the 1980 Olympics. 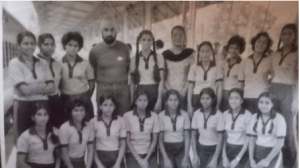 In all these years, the Indian Women Hockey team saw many highs and lows. They finished in the 4th position during the 1974 Hockey World Cup. In the 1980 Moscow Olympics, the result remained the same.

Indian Women Hockey team played many memorable matches throughout the years and displayed some heroic performances. They annexed Gold in 2003 Afro Asian games in Hyderabad. Asian Champions Trophy was lifted by them in 2016 in Singapore.

It was tough to choose the top five memorable moments. But here goes the honest list. 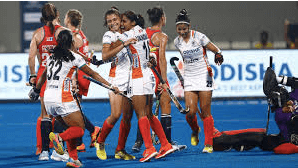 The women’s team faced the USA in a two-legged Olympic Qualifier. The USA was dominating the head to head record by 22-4.

Lilima Minz’s goal opened the floodgate in the first match. Gurjit Kaur, Sharmila Devi, and Navneet Kaur scored braces. Erin Matson reduced the margin. Finally, the girls shocked passionate hockey fans. They won 5-1 and were all certain to play in the 2020 Olympics.

Staring down the barrel, the USA staged an explosive comeback. The fightback made the scoreline 4-0 before halftime. It silenced the otherwise rousing crowd.

Coach Sjoerd Marijne boosted morale. The slate worked wonders. The team was a different unit. They began to hold the ball, penetrate circle, and came close to scoring on two occasions.

Rani Rampal got the rebound when 11 minutes were left on the clock. She held her breath for a moment and flicked the ball over the outstretched arm of the goalkeeper. Seeing the ball going into the top right corner, the stadium went berserk.

Finally, the team won 6-5 on aggregate. It confirmed the first-ever and total third appearance of the women at the Olympics.

In the previous Asia Cup, they conceded equalizer when only 5 minutes were left on the clock. Later, South Korea won the title. 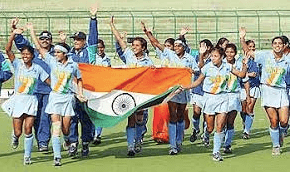 Playing in front of the home crowd, they topped the pool, A. They inflicted humiliating defeat to South Korea in SF. Girls pumped in 5 goals and conceded nil.

In the summit clash, 16-year old Jasjeet Kaur scored the only goal of the match in 64th minute. 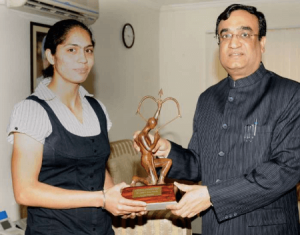 It was the first Asia Cup Hockey gold for the team. Indian Women Hockey president Vidya Stokes announced a cash award of 5.15 lakh rupees to each player. 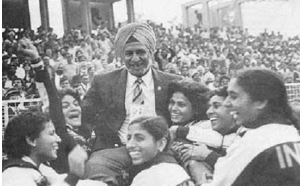 A total of 6 teams participated for medals. India was the best side. In 5 round-robin games, they hit the net on 37 occasions and allowed only one goal.

In the final, they beat South Korea.

Since 2004, the team had not lifted any silverware at the multi-nation tournaments.

In 2017, Rani Rampal led side was in a different mood. They topped Pool A by winning all 3 matches. The best win was over China 4-1.

Semi-final was a tense affair. Eves has to break a lot of sweat for a 4-2 win over the host nation Japan. 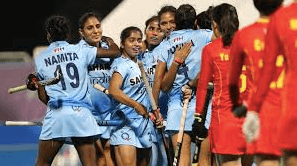 In the title match, they faced China. The regular time witnessed one goal apiece. In the penalty stroke, Savita Punia made a great save.

Savita Punia was adjudged the goalkeeper of the tournament. It ended a long wait for the trophy.

With the win, the Indian team qualified for the 2018 World Cup in England. 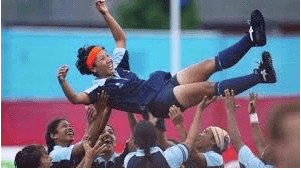 Before 2002, the team had won a solitary medal (gold) in the 1982 Asian Games. Leaving it aside, the team had little to say about the success.

At the 2002 Manchester Commonwealth games, the team was the dark horse. Yet Skipper Suraj Lata Devi, coach MK Kaushik and rest of the team were in another mood.

Indian girls showed superb hockey when they defeated fancy New Zealand in the semis. Mamta Kharab scored the winner in 62nd minute. It was the sweet revenge of defeat in group matches.

In the final, they were playing against the host. Indians were maintaining the 2 goal lead. Sadly, England pushed the game to extra time. 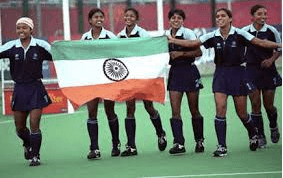 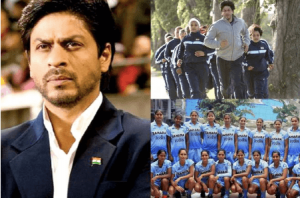 The finals will always be remembered. To date, they are the only team to win gold except for Australia. The journey was the source of inspiration for the movie ‘Chak De! India.’