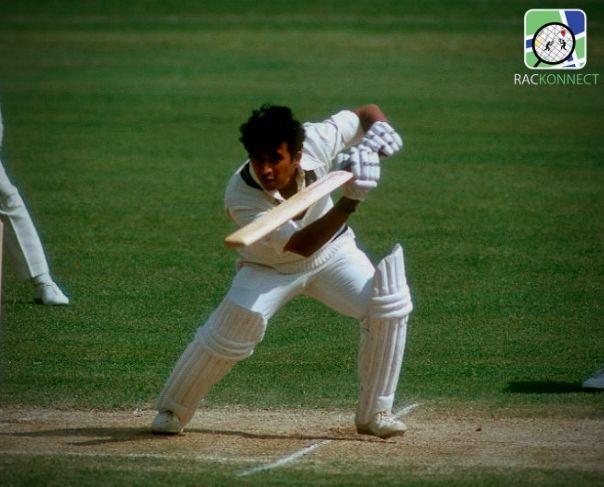 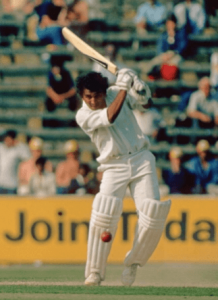 Sunil Gavaskar is widely regarded as one of the greatest Test batsmen and best opening batsman in Test Cricket history. He set world records during his career for the most Test runs and most test centuries in the game. His record of 34 centuries remained for 20 years.

After playing 125 tests and 108 one day internationals, he retired at the peak of his career. His swansong came against England on the 5th of November 1987. It was the semi-final of the World Cup. Sadly, he tasted defeat during his last one day and test match. 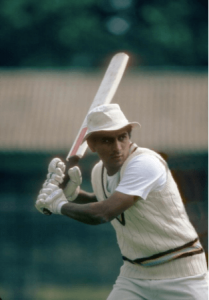 Gavaskar played many memorable innings in his 2-decade long career. His 101 in Old Trafford test in 1974 against England came at an extremely hostile pitch for any batsman.

The legendary opener hit 221 in fourth innings of the Oval Test against the same opposition during the1979 tour.

In the 1976 tour of West Indies, he and Gundappa Vishwanath successfully chased the target of 403. Under immense pressure, the Bombay batsman hit a total of 102.

Out of so many scintillating performances, it was a daunting task to select five. Well, here is an honest selection.

In the first game of the first-ever ODI World Cup, India faced England at the Lords. Batting first, England posted a total of 334/4. In reply, India made 132/3 in 60 overs. Gavaskar remained on pitch and returned to Pavillion with 36 not out. He faced 174 balls and hit just a single boundary. To date, it remains a mystery as to why he batted so slow. 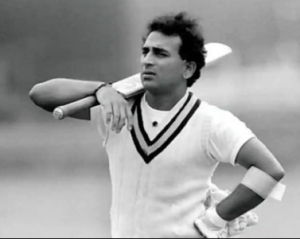 It’s a moment that every Gavaskar fan would love to forget. But, a moment is a moment (good or bad) and it deserves mention in the top five.

This famous knock came in his debut series. In the fifth and final test match at Port of Spain, he hit an elegant century (124) in the first innings. But it became epic during the second innings. When all the Indian batsmen struggled against the pace of Windies, he stood like the ‘Rock of Gibraltar’. 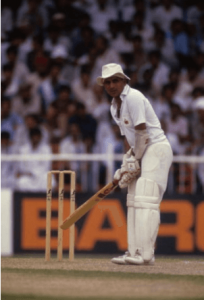 He displayed class and elegance. Gavaskar hit 22 boundaries in a well crafted 220 runs. India posted a total of 427 due to his efforts. With this innings, he announced his grand arrival. Later, he revealed that he was suffering from severe toothache throughout the innings. Truly, it was a special knock from the special man.

This century came in the last league match of the 1987 World Cup. India required the target of 222 in 42.2 overs to ensure the top spot in the group. The little master displayed the rarest of rare explosive batting. He cracked three sixes and 10 fours in 88 deliveries. This remained his only hundred in his one-day international career.

Gavaskar reached this milestone in the penultimate game of his career. India reached the target in just 32.1 overs, all thanks to Gavaskar. Earlier in the match, Chetan Sharma took India’s first hat-trick of limited over international. Gavaskar scored his maiden ODI hundred while he had a bout of fever of 102-degree centigrade.

This figure was the highest total by an Indian batsman in a test match innings. The record stayed intact for 17 long years. In the sixth test match at Chennai, he achieved this figure. He also broke a 29-centuries record of Sir Don Bradman with this innings. Gavaskar faced 425 balls from the ferocious Malcolm Marshall, Andy Roberts, Michael Holding, and Winston Davis.

The match ended in a draw. This test match will be remembered for Gavaskar’s record-breaking heroic for a long time. 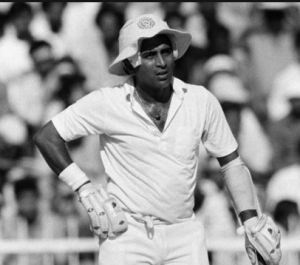 India defeated Pakistan, England, and Australia in group games. They beat Newzealand in the SF. The final was a clash of the neighbours at MCG. Pakistan batted first and made 176/9. India achieved the target with 17 balls remaining.

Sunil Gavaskar was the skipper at the side. As a true leader, he pushed talented Ravi Shastri to open the innings. Sunny himself came down the order. India won all the matches after taking all the wickets of the opposite sides. Ravi Shastri returned with an Audi and the title of ‘Champions of Champion.’

Many polls around the world (including Wisden) declared that team as the ‘Indian ODI team of the century.’