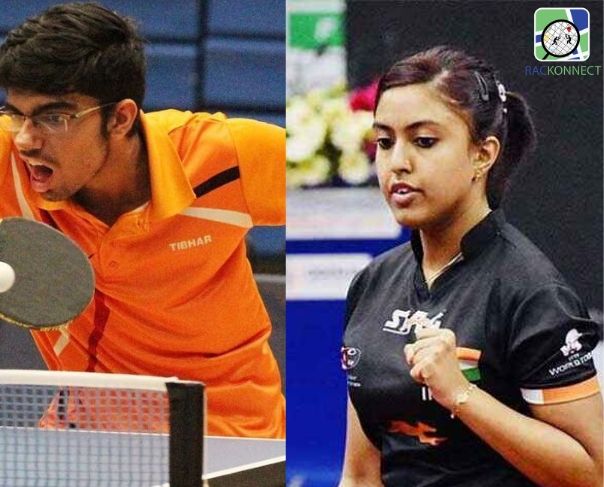 Achanta Sharath Kamal, Manika Batra, Mouma Das, Sathiyan Gyanasekaran, Harmeet Desai, Anthony Amalraj. These are some of the big names in Indian Table tennis who have brought multiple laurels for the country.

The rise of the sport:

The emergence of Ultimate Table Tennis has helped popularize the sport in India. An excellent performance by the Indian contingent, which won a total of 8 medals (including 3 golds), at the 2018 Commonwealth Games at Gold Coast has also given a huge boost to the sport.

Let us take a look at the future stars in the sport.

Young paddler Manav Thakkar is one of the most promising Indian players in the sport. The prolific paddler has been on a roll and recently bagged the U-21 men’s singles title at ITTF Challenge Plus Benemax-Virgo North American Open in Markham. 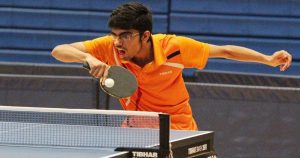 The offensive player defeated Argentina’s Martin Bentancor comfortably in the final. Manav is among the select few Indians to achieve this feat. The 19-year-old is taking Indian Table Tennis to the next level.

Earlier, Manav scripted history by becoming the first Indian to grab the World No. 1 spot in the Under-18 category in the sport.

Another notable achievement of his was winning a Silver at the ITTF World Junior Circuit Finals in 2018. To top it all he bagged a total of 5 gold medals and a silver in the Junior nationals. The Surat-born player still has a long way to go. He aspires to make a mark at the World level and not just in India. Consistency and focus are two of Manav’s biggest strengths.

At such a young age Manav has his eyes set on Tokyo 2020 and hopes to be on a flight for the Olympics. Having reached the quarterfinals of the Youth Olympics in October 2018, Manav is carrying the burden of expectations on his shoulders.

Chandra Jeet, Deepit Rajesh Patil, Manush Shah, Parth Virmani, Shreyaans Goel, Payas Jain, Yashansh Malik, Shubham Ambre, and Chinmaya Somaiya are some of the other budding players who have been excellent in the junior circuit.

22-year-old Ayhika Mukherjee is amongst the most promising women paddlers in the country. The right-handed player recently won an elusive gold medal at the 2019 Commonwealth Table Tennis Championships. She became the first Indian Woman player to do so. She was also a part of the Indian contingent selected for the 2018 Asian Games. 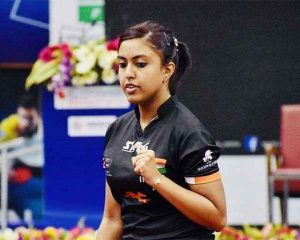 Born in West Bengal, Ayhika started playing when she was just 6 years old. Over the last few years, Ayhika has been extremely consistent. However, she has not let success get to her head and is keeping future goals in mind.

Manika Batra is another player who needs no introduction. The 24-year-old won two gold medals (Women’s Singles and Women’s team); a Silver (Women’s doubles); and a Bronze (Mixed doubles) at the 2018 Commonwealth Games. The young sensation is also the only Indian woman to win an individual gold medal at the Commonwealth Games.

She won the historic Bronze in the Mixed team event alongside Achanta Sharath at the 2018 Asian Games. Manika is one of the breakthrough stars and the poster girl of Indian Table Tennis.

The future of Table Tennis in India is in extremely safe hands.

How to recover from a hamstring strain?