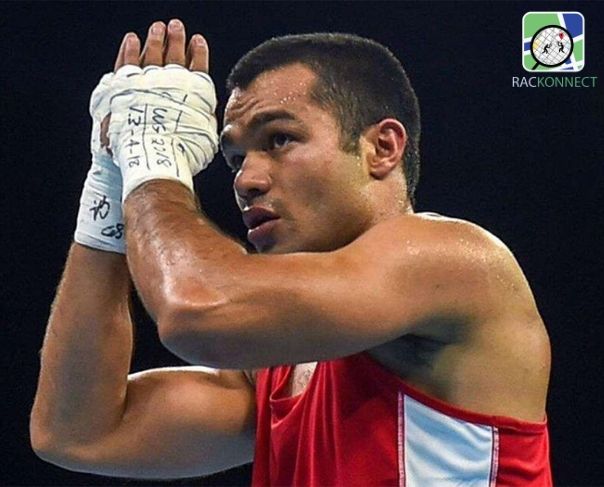 After booking a berth for Tokyo 2020, Vikas Krishan would hope to be third time lucky. In the process, he’s made another record – he’s become only the second boxer in India’s history to qualify for the third time for the Olympics. While Vijender won a medal, Krishan is yet to scale that feat. He, though, has earned himself another chance.

Krishan sealed his spot after defeating World No. 6 and third seed Sewonrets Okazawa from Japan in the 69 kg category. With a unanimous 5:0 win in the quarterfinals, the 27-year-old booked his spot not just into the semis, but also to Tokyo 2020.

In the first round, the Japanese unsettled Krishan initially with his long reach, but the boxer from Haryana responded with some clean punches to take the opening round 3:2. The next round saw him come into his own. He won this one 5:0, helped by his left jabs and body punches.

“My strategy has been to tire the opponent initially but it did not happen in the first round as Okazawa was taking advantage of his long reach. So my aim was to hit single punches and then step back. Once I unsettled him, it was easier for me in the second round to tire him and surprise him with my jab. Facing such a quality opponent means that one can’t relax in the final round and I knew that my defence had to be up to the mark to deny him scoring chances,” Krishan said after the match. He was defeated in the quarterfinals at Rio 2016, losing to Bektemir Melikuziev of Uzbekistan in the 75 kg category. After two cracks at an Olympic medal, Krishan is certainly better prepared to take the who’s who of world boxing in July-August.

Santiago Nieva, High-performance Director of the boxing team, believes Krishan’s strength lies in the 69 kg category. Nieva hasn’t had much time with Krishan, joining the team after 2016, but has made some remarkable changes in the boxer’s approach.

Krishan wants to win a medal in Tokyo for his three kids. “My elder son was an infant when I lost in London and the other two have not watched me competing. I want to win a medal with them watching and that has kept me going.”

Fighting with high hands and a low chin, Krishan is looking to make his experience count this time around. He certainly has the quality to get to the podium, and with a little bit of luck, we may have our own Vijender Singh 2.0 yet again.

Neeraj Chopra’s chances of winning a medal at Toyko Olympics