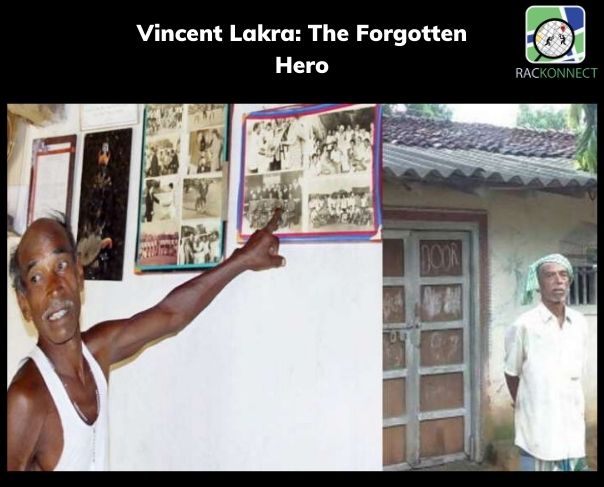 Vincent Lakra is a former International Hockey Player who played for the Indian National Team. The glorious moment of his career was when he went to play the 1978 Hockey World Cup in Buenos Aires, Argentina. One of the best center forwards of his time, Lakra helped the team finish fifth in the tournament, where they even defeated the host team.

Throughout his career, Lakra earned many laurels for the country and was a prominent name in Hockey in the 1980s. Although he was a part of the team in the 1970 Commonwealth Games, due to unfortunate circumstances, he could not put on the Indian jersey. He played his final match for India in 1984.

Since 1984, he is residing at his village in the Sithraa village in Dharamjaigarh block of Raigarh district, a remote tribal village in Chhattisgarh. Moreover, Lakra has played many matches for the Bombay Gold Cup, Aga Khan Cup of Pakistan, and Murugappa Gold Cup in Chennai.

However, even after playing for the Indian National Team for 14 years, Vincent Lakra is living a life of sheer poverty. He was denied financial support from the Chattisgarh government and had to turn into a farmer to support his family of 11 members. Lakra also tried his hands at coaching but failed to turn things in his favor.

He gets a pension amount of 5000 from the government which is not enough to feed his family. Even none of his family members receive any kind of support from the government. Recently, he was further pushed into misery after he suffered a stroke and a side of his body became paralyzed. He received no help while he was struggling in the hospital. Though many of the Indian Hockey fraternity members are living a life of recognition, Lakra’s story remains hidden from the World.

The state government is in the process of revising the policy to honor veterans who represented the nation in the Olympics, Commonwealth Games, and Asian Games. But it remains to be seen whether the player who was a part of Team India that played matches in Holland, England, and Pakistan can live in dignity.