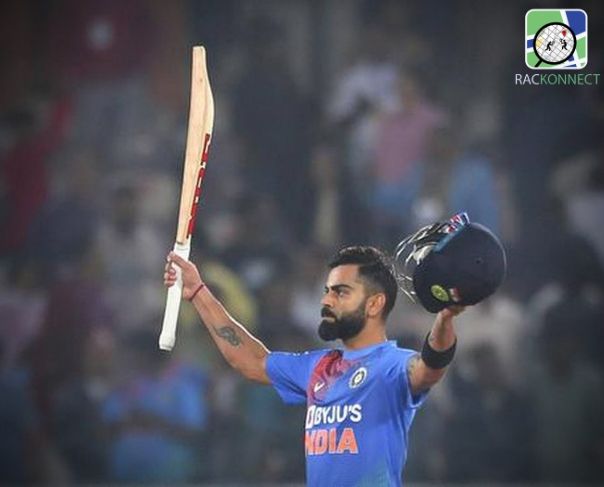 Virat Kohli has arguably been the best batsman of the past decade. His hunger for runs and his consistency across all three formats has been second to none and that is exactly what sets him apart. He is India’s highest run-scorer in T20Is with 2794 runs from 82 matches at an excellent average of 50.80. Here are his top five T20I knocks where he single-handedly won the game for India. 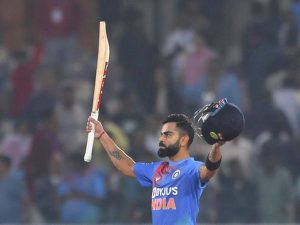 The West Indies had put a mammoth score of 207 on the board, thanks to a brilliant half-century from Shimron Hetmyer and cameos from Jason Holder, Evin Lewis, and skipper Kieron Pollard. India needed a good start to their chase in order to chase down the target but they lost the key wicket of Rohit Sharma early. However, Virat Kohli and KL Rahul stitched a brilliant partnership of 100 runs for the second wicket. After Rahul’s departure, Kohli did not let the momentum slip and scored an unbeaten 94 off 50 balls which included 6 fours and 6 sixes and helped India chase down the target comfortably. 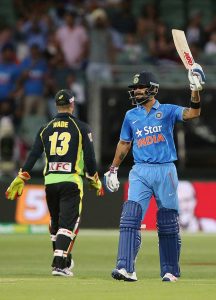 India opted to bat first and lost both their openers Rohit Sharma and Shikhar Dhawan in quick succession inside the powerplay. Kohli then formed an important partnership with Suresh Raina and consolidated the Indian innings. The duo added 134 runs for the third wicket. After Kohli got his eye in, he took the attack to the Australian bowlers and scored an unbeaten 90 off just 55 balls which included 9 four and 2 sixes. India were able to post a formidable score of 188 in their 20 overs which was too much for Australia in the end. 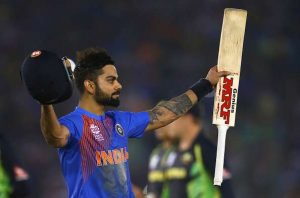 India faced a do-or-die encounter versus Australia in the 2016 T20 World Cup. Australia posted a decent total of 161 on the board and India needed a good start to their chase. But India lost both their openers early and it was again up to Kohli to provide the momentum to the innings. He picked the boundaries at right intervals and also showed supreme fitness while running between the wickets. He scored an amazing 82 of 51 balls as India won the game with an over to spare. 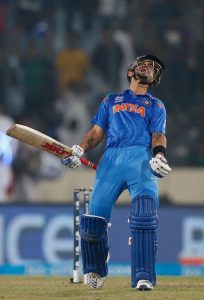 South Africa had posted a challenging total of 172 in their 20 overs in the semifinal of the 2014 T20 World Cup. India needed a solid start from their openers but they could add only 39 runs for the first wicket. Kohli came to the crease and began to take control of the chase. Ajinkya Rahane and Yuvraj Singh played supporting roles as Kohli’s mind worked like a calculator. He scored 72 off just 44 balls as India won the game with five balls to spare and entered the final. 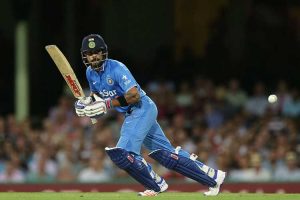 Kohli’s score in this inning of his does not do justice to its quality but this surely was one of Kohli’s best T20I innings. India faced Pakistan in the Asia Cup of 2016 and were able to bowl Pakistan out for just 84. However, in reply, India slumped to 8-3 and all three wickets were taken by in-form Mohammad Amir. Kohli had to first withstand all the pressure that the Pakistan bowlers had put and then had to fight his way through getting some boundaries on the way. His supreme technique at a time when the ball was moving around showed exactly why he is considered as one of the best batsmen in the world. His 49 runs made sure India reached the target with five wickets in hand.

This Day, That Year: When Kapil Dev’s blazing 175 turned the tide for Indian Cricket