Home > Hockey > Vivek Prasad: All you need to know about the Rising Star of India 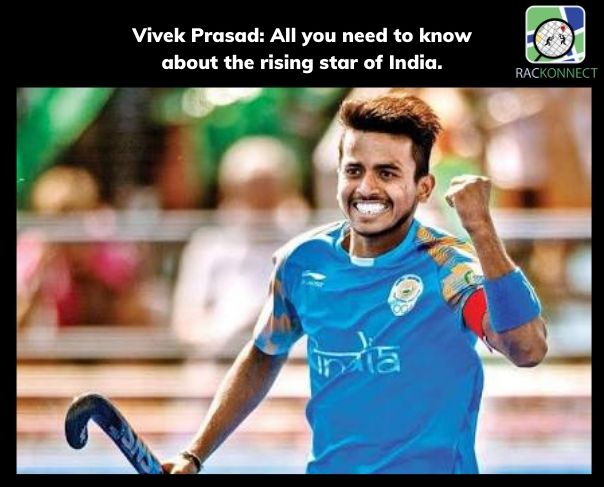 Vivek Prasad, an Indian field Hockey player who plays as a midfielder has had a prolific season so far. The 20-year old’s career has been on a meteoric rise. He recently won the FIH Rising Star of the Year award in 2019.

Though Vivek suffered a collarbone fracture as a 15-year-old, he went on the become the second youngest Indian to make a debut in the Indian team, just two years later, at the age of 17. Despite all these achievements, the teenager does not let these things affect his game.

He was first named in the Indian hockey men’s squad in 2018 for a four-nation tournament and later replaced former captain, Sardar Singh, in the Commonwealth Games squad. Since his debut, Vivek has appeared for the Indian team on 60 occasions. Moreover, he also led India to the silver medal at the Youth Olympics.

What an honour! Very proud to receive this award! Wouldn't have been possible without my teammates, coaching staff & @hockeyindia … Thank you everyone for the votes & support ! 🙏. @fihockey #hockeystar2019 #fihawards #indiakagame

However, all these achievements felt like a distant dream for him when he suffered a career-threatening injury in 2015. In a practice match, he was accidentally struck on the shoulder to another playing while trying to defend the ball. The blow was so fierce that it broke the collarbone of the youngster.

Well, he made a comeback just three months later by joining the Junior team in 2017. He also led the team at the Sultan of Johor Cup. The very next year he was taken into the Senior team, becoming the second-youngest player ever to play for Indian Hockey. He fell short of Sandeep Singh’s record by just 11 days.

In his 60 International appearances, he has made some impactful performances. While the Indian team took a silver Sultan Aslan Shah Cup in 2019, losing to Korea, Vivek scored two goals in the course of that tournament.

He has played a significant role in opposition circles in the four matches against the Netherlands and Belgium in the FIH Pro League, scoring a goal in the process. In the penalty shoot outs against the Dutch, he was the only Indian to score a penalty which helped the team to victory.

At the FIH Olympic qualifiers, Prasad scored a goal in the final and He was voted best young player of the tournament. In their second match against Russia, he did not score but played a crucial role in the team that led to their victory.

Top goal-scoring defenders of all time