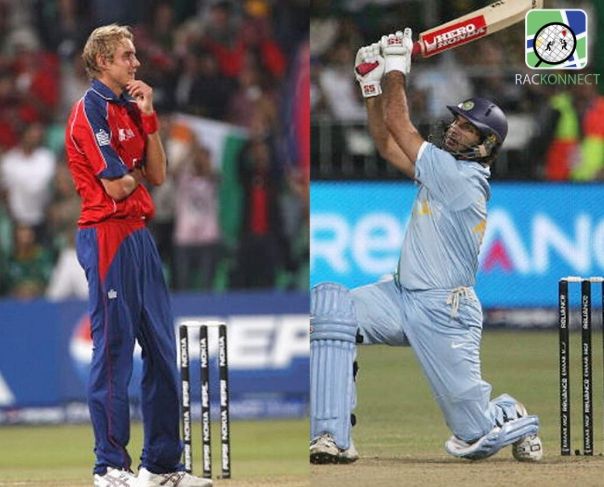 Who doesn’t remember Yuvraj Singh’s six sixes during the inaugural T20 World Cup in 2007? Who can forget Stuart Broad’s attempts to bowl almost everywhere, but for the same result? Who can forget that six over covers that sweep that was as sweet as a caress through the slips? Well, no one!

In a Group E match played at Durban in South Africa on September 19, 2007, India was facing England during the T20 World Cup. MS Dhoni was captaining a side that was fresh, young, and brave. India had got off to a terrific start with both Gautam Gambhir (58) and Virender Sehwag (68) hitting quick fifties. In the 17th over, India had crossed the 150-run mark, and was looking for that last rush of energy.

Walked in the terminator Yuvraj Singh, and in style and mood. Yuvi was his usual self, eyes gleaming with excitement, hairs a little ruffled, and with his dagger-like bat adding to his swagger. While he was always a great batsman with immaculate timing, no one expected what was coming. Singh, after a short altercation with Andrew Flintoff, steam-rolled Broad for six sixes in the 19th over, bringing Kingsmead to his feet.

In a recent chat on Instagram with England’s Kevin Pietersen, who was part of that match, Yuvi revealed about the altercation he had with Flintoff prior to that over.

“I think Freddie (Flintoff) bowled two good balls and he bowled a yorker which I managed to hit for a boundary. Then he told me that this was a dash shot, he got pretty elaborative. He said I am gonna cut your throat off and then I replied saying you see this bat in my hand? You know where I am gonna hit you with this bat? I remember I was so angry when I hit Broadie for six sixes, I looked at Dimitri Mascarenhas and then I looked at Freddie,” Yuvraj said.

“Mascarenhas had hit me for five sixes during an ODI match so that is why I looked at him first. It was one of those games which we all will remember,” he added. England must’ve learnt that they could do anything, but not question Yuvi’s hitting abilities.

While India scored 218 in 20 overs, England came close to chasing the same with Pietersen and Vikram Solanki playing quickfire innings. India went on to win the World Cup, defeating Pakistan in the final.