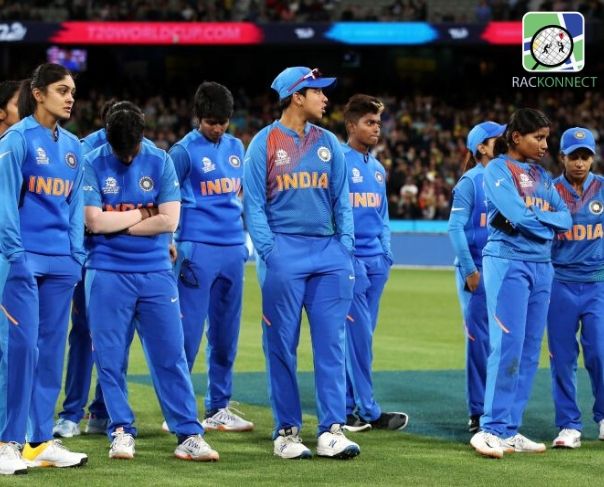 India suffered a massive 85-run defeat at the hands of hosts Australia in the Women’s T20 World Cup final. Australia posted a mammoth 184-4 in their 20 overs, thanks to their openers Alyssa Healy and Beth Mooney who scored 75 and 78* respectively. In reply, no Indian batter could show any kind of resistance and thus they were bowled out for just 99.

Alyssa Healy started Australia’s innings with the bang by putting the first ball away to the mid-wicket boundary. However, she gave a chance to India in the same over but was dropped by Shafali Verma at short covers. This was a huge mistake and Healy made the Indians pay by playing a blinder of an innings by scoring 75 off just 39 balls. Beth Mooney remained unbeaten throughout the innings and played the anchor’s role after Healy’s dismissal. She scored an unbeaten 78 and set a record for the most number of runs scored in the Women’s T20 World Cup. India dropped crucial catches in the field that came back to haunt them in the end.

Chasing 185 was never going to be easy but India had chased down a target of 174 against Australia in the tri-series and thus believed that they had the batting to chase the target down. But Shafali Verma, who scored consistently all tournament and gave India an explosive start in each game, failed in the final as she edged one to keeper Healy and departed for only 2 runs. This put a huge dent to India’s hopes as Verma was one of their prolific run-getters in the tournament.

India’s hopes now lied on the experienced duo of Smriti Mandhana and skipper Harmanpreet Kaur. But both of them failed to make an impact and were dismissed by Jess Jonassen. Jemimah Rodrigues also succumbed to the pressure, getting caught at mid-on. Deepti Sharma tried her best to keep the runs flowing from one end but got no proper support from the other end. In the end, India were very far away from where they wanted to be as they were bowled out for just 99.

The Indian batting and bowling both failed on the biggest of stages and they could not handle the pressure of the final, similar to what had happened in the 2017 50-over World Cup final. India will soon have to get over the jinx of crumbling under pressure in knockout matches of ICC tournaments.