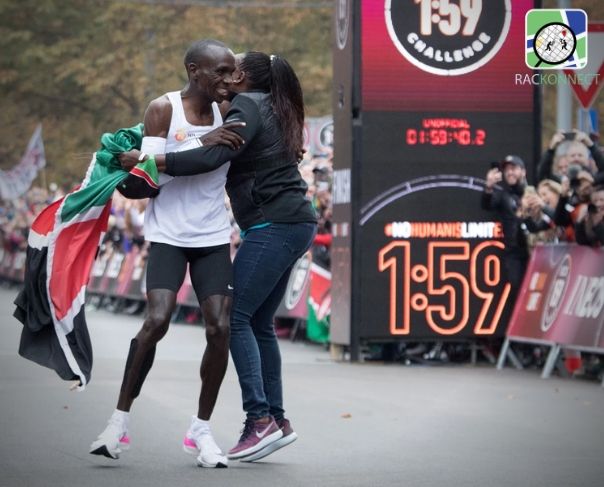 Technology has always affected every sphere of life. How can sports be left behind? In tennis, squash, badminton, swimming, etc, types of equipment have left their mark.

When Eliud Kipchoge touched the tape in the Vienna marathon last October, the world was stunned by his timing. He completed the longest race inside 2 hours. It was quite unbelievable. No man in history has clocked such timing.

All eyes shifted to the new kind of Nike sneakers he was wearing. Nike got encouragement. Vaporfly was the brand that made it possible. Sports lovers labeled that as ‘Technological dope’.

Some specialists are contributing to Kenyan‘s success to other factors. They are putting it down to other points like the Vienna racing track was relatively flat, the car in front of him was displaying a clock, he had a team of pacemakers, etc.

Vaporfly is the talk of the town. In a recent marathon in Japan, 95% of runners were in Vaporfly shoes. Its effects were visible in the Stock market. Nike shares witnessed a boom. When World Athletics announced that they have taken the call, shares of Adidas and Puma rose. 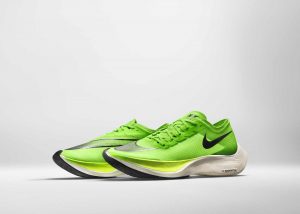 Naturally, it witnessed a good spike in the sale. Nike was one of the sponsors. Kipchoge is a Nike athlete. It’s not like rivals are not trying to push the envelope. But Nike was all determined to prove its edge over others. They have now decided to touch a new level. New shoes will be for sprinting. It could decimate Usain Bolt’s magnificent records. It rang the alarm bell for World Athletics. They decided to take the call.

Point is that why World Athletics had decided to step in? Well, shoes that the Kenyan runner was wearing, were different from the pair that is were on sale. Those record-breaking shoes were specially designed, tested and manufactured for him only. Now we know that his shoes had foams, three carbon plates, thick soles, different stiffness, etc. This allowed him lesser timing for the next stride. Practically, he touched the ground for a shorter time. All these have made the shoe energy efficient. He felt less tired in the entire course.

The online price of the Vaporfly was 75000 INR. Its life is estimated to be around 200 kilometers. State of the art technology remained out to market for a long time. That remained with select few only.

World athletics is now saying that if companies are going to introduce new shoes, they have to introduce it to the market 4 months before. It means if someone is going to wear a new type of shoes for Tokyo 2020, these should be in local stores 4 months before. These should be in everyone’s reach. Sole should not be more than 40 mm thick. Only one linear plate is allowed. It will reduce the unfair advantage of an athlete. A new set of rules is now a new headache for companies. Earlier it was easy to twitch and see exponential sales. That is not going to happen now.

The debate is that World Athletics is infringing too much. Well, simplicity and accessibility are the USP of athletics. They only want to retain the charm.

India's journey in the Olympics so far