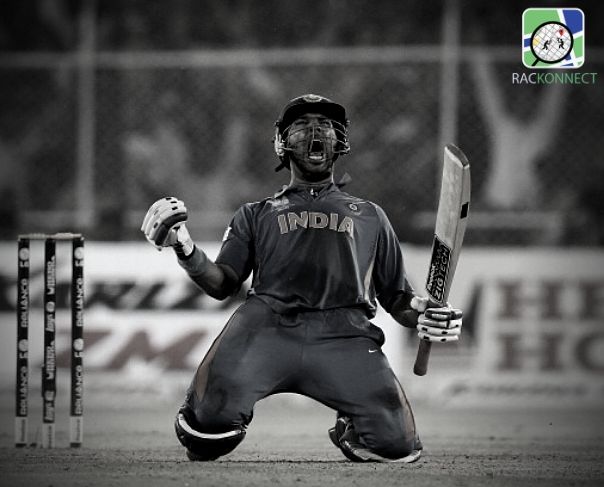 Arguably one of the finest white-ball cricketers ever produced by India, Yuvraj Singh has been India’s hero in many games and his bat swing has been a nightmare for many bowlers. While the 38-year-old has hung up his boots, he has left behind a legacy that will be cherished forever. Here is a look at the top four T20 knocks by Yuvraj Singh in the blue jersey 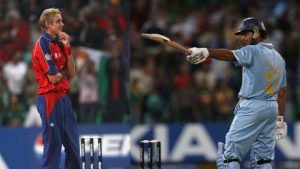 India faced England in a do-or-die encounter and batted first. After a fine start given by Virender Sehwag and Gautam Gambhir, it was Yuvraj’s turn to enter the scene. As he smashed Andrew Flintoff for two boundaries, there began an on-field war of words between the duo which triggered Yuvraj. The very next over bowled by Stuart Broad went for six sixes as Yuvraj created a record of the fastest fifty in T20Is in just 12 balls. India ended up winning the game by 18 runs and Yuvraj was the difference between the two sides. 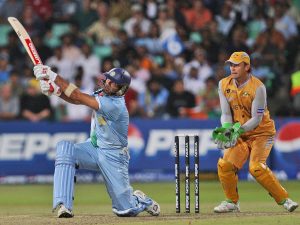 India had made it to the semi-finals of the 2007 T20 World Cup and in their way stood the mighty Aussies. Batting first, India lost both Gambhir and Sehwag rather cheaply. It was again Yuvraj Singh who stood up to the occasion. He absolutely smashed the Australian bowlers all around the park and took a special liking to Stuart Clarke, smashing 22 runs off his one over. Yuvraj scored 70 runs off just 30 balls including five fours and five sixes and put India in a dominant position. India went on to win the game and progressed to the final comprehensively.

Pakistan toured India in 2012 for 2 T20Is and 3 ODIs. After losing the first T20I, India had their work cut out in order to level the series. Batting first, Gambhir, Rahane and Kohli all three got off to decent starts but could not quite carry it on. It was again left for Yuvraj to do the demolition job. Boundaries looked small as Yuvraj tonked the ball out of the park seven times and also scored 4 boundaries. He made 72 runs off just 36 balls and helped India post a formidable total of 192 in their 20 overs. In reply, Pakistan came close but eventually fell short by 11 runs, thereby handing India a series-leveling win. 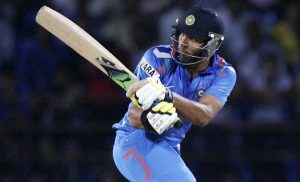 Yuvraj Singh battled through cancer and emerged victoriously. Although it took some time to get back to cricket, he announced his arrival with a bang against Australia. In 2013, Australia toured India for seven ODIs and a single T20I. In that T20I, Australia batted first and thanks to a fantastic 89 by Aaron Finch, Australia posted a mammoth score of 201-7 in their 20 overs. Having been set a target of 202 to win, India needed a good start from their openers. Dhawan made a quickfire 32 but the others in the Indian top-order failed to make a mark and form a good partnership. Yuvraj then took centre stage and played a vintage Yuvi innings. Scoring 77 runs off just 35 balls including 8 fours and 5 sixes, Yuvraj single-handedly helped India chase down the target. The Australian bowlers had no answers to his sheer brilliance and it was proved that when in full rhythm, Yuvraj was unstoppable.